WealthBriefing Asia will be hosting a webinar in partnership with Nickel Digital Asset Management.

They will be discussing the following topic and questions: 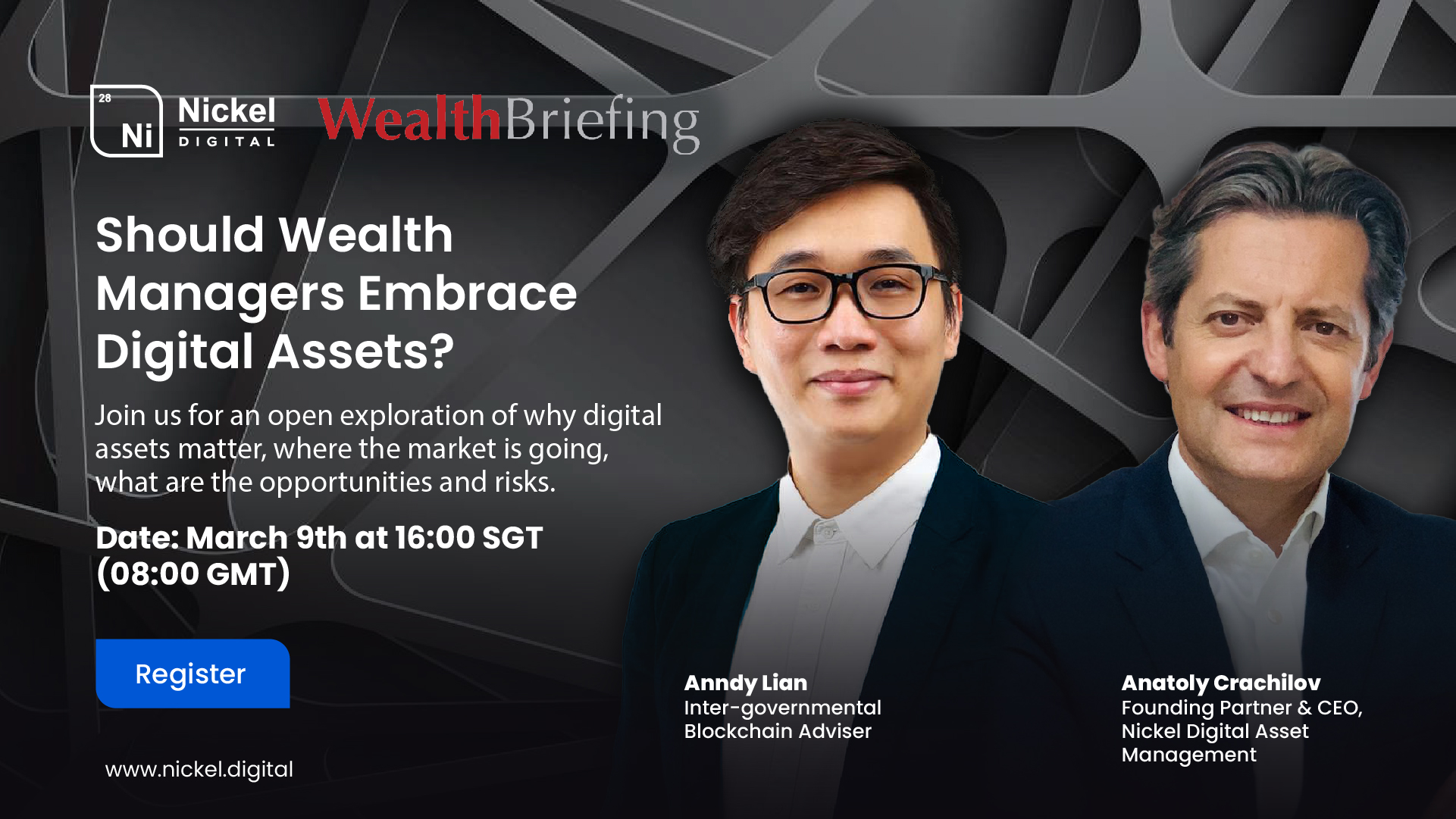 The webinar will take place virtually on:

Nickel Digital Asset Management is an investment manager connecting traditional finance with the digital assets market. The firm deploys highly sophisticated low-latency algorithmic trading, pursuing a range of arbitrage strategies in both spot and derivative markets, as well as a range of directional buy-and-hold products. All funds are designed with institutional clients in mind. We apply strict transparency and execution efficiency criteria across our solutions, with a commitment to maintain market-leading standards for the crypto industry.

Evrard Bordier is chief executive officer of Bordier & Cie, Singapore. In addition, he serves
as managing partner of Bordier & Cie Group since 2011, and is president of the board of
Bordier Bank (TCI) since 2000. Prior to his current role in Singapore, he was managing
director of Bordier International in London for 10 years.
Evrard has been in the financial industry for over 25 years, during which he has garnered
extensive international experience holding diverse positions in Singapore, Hong Kong,
Geneva, Zurich, and London. Between 1997 and 2000, he served as chief of staff for the
Financial Planning and Wealth Management Business Division of UBS in Zurich, overseeing
all of its asset management business units across the world. Prior to that, he was a client
adviser in the private banking department of Swiss Bank Corporation in Singapore where
he covered the markets of Indonesia and Taiwan. He first moved to Asia in 1994 and joined
Nomura International in Hong Kong as a broker. Evrard began his professional career as a
lawyer at Lenz & Staehelin in Geneva, specialising in the banking and finance practice.